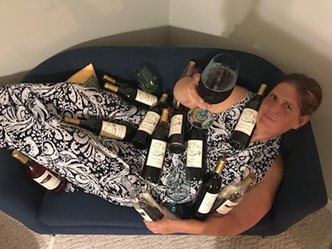 Jennifer calls Monroe, NC home for now. Also known as Orange, she has been out and about in the community for over a decade. Founder and/or cofounder of several different groups including The Charlotte Traveling Munch and Carnival of Madness, she believes in the if you build it they will come approach to leather and kink, especially if ones needs aren't being met. She has traveled across the country teaching blood and rope in places as big as IMsL and small as a living room floor.

As Ms. SELF 2015, she spent her title year doing the 4 things she considers her cornerstones of leather: teaching, charity, partying and welcoming people in.  Being presented with the 2016 Southeastern Leatherwoman of the Year and 2016 Pantheon of Leather SE Regional awards were two of the most humbling experiences she has had.

Most importantly, the connections and family she has made during her life stand out the most. Without which nothing she has done would have been possible....