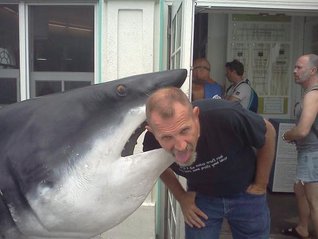 Mr. SE Olympus Leather, 2011.  Country has been involved in the Leather community since the early 90s, when he discovered The Sanctuary of the Dark Angel in Atlanta, GA. He promptly jumped in with both feet and eventually became a member of the household. Since then, he’s traveled the southeast, teaching and mentoring others. He has been the owner of slave tammy since 2001.